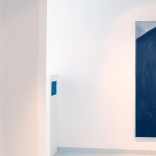 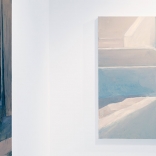 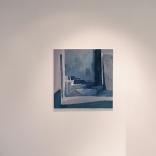 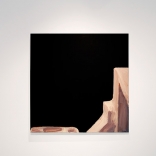 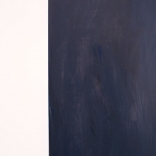 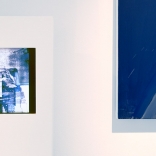 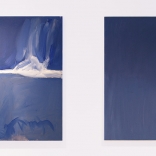 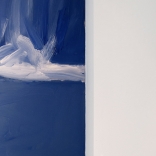 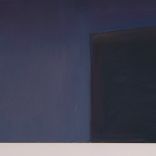 This exhibition offers a series of oil paintings and digital art based on the abstract morphology of the Cycladic landscape and architecture. Katonas Asimis’ semi-abstract art is based on the primeval forms which compose the Cycladic architecture. Forms and perspectives which are traced in the Santorinean landscape are pared down to their most elemental components, elucidating the inherent structure, language and spirit of their morphology.
The paintings which emerge function as conductors of the sensations aroused by this architectural style. It is not by happenstance that the Cycladic architecture has been a source of inspiration for the great architects of Modernism and to this day, it continues to enthrall visitors on the island.  Similarly, Katonas’ works incorporate in an abstract manner those very same intrinsic principles which turn the architectural particularities of Santorini into poles of unparalleled attraction.
The artist demonstrates the universal character of the architectural praxis, to which we are all inextricably bound. A window is no longer represented as a mere window or opening, but embraces the spirit of transcendence. A wall detail is not simply characteristic of a Greek island, but dons the garments of a formalist element. We, wherever we are in the world, define the aesthetic importance and impact of this element through our own individual interpretation of space. This abstraction carries within itself the spirit and quintessence of universality. 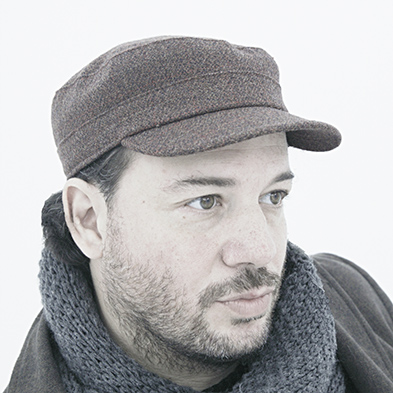